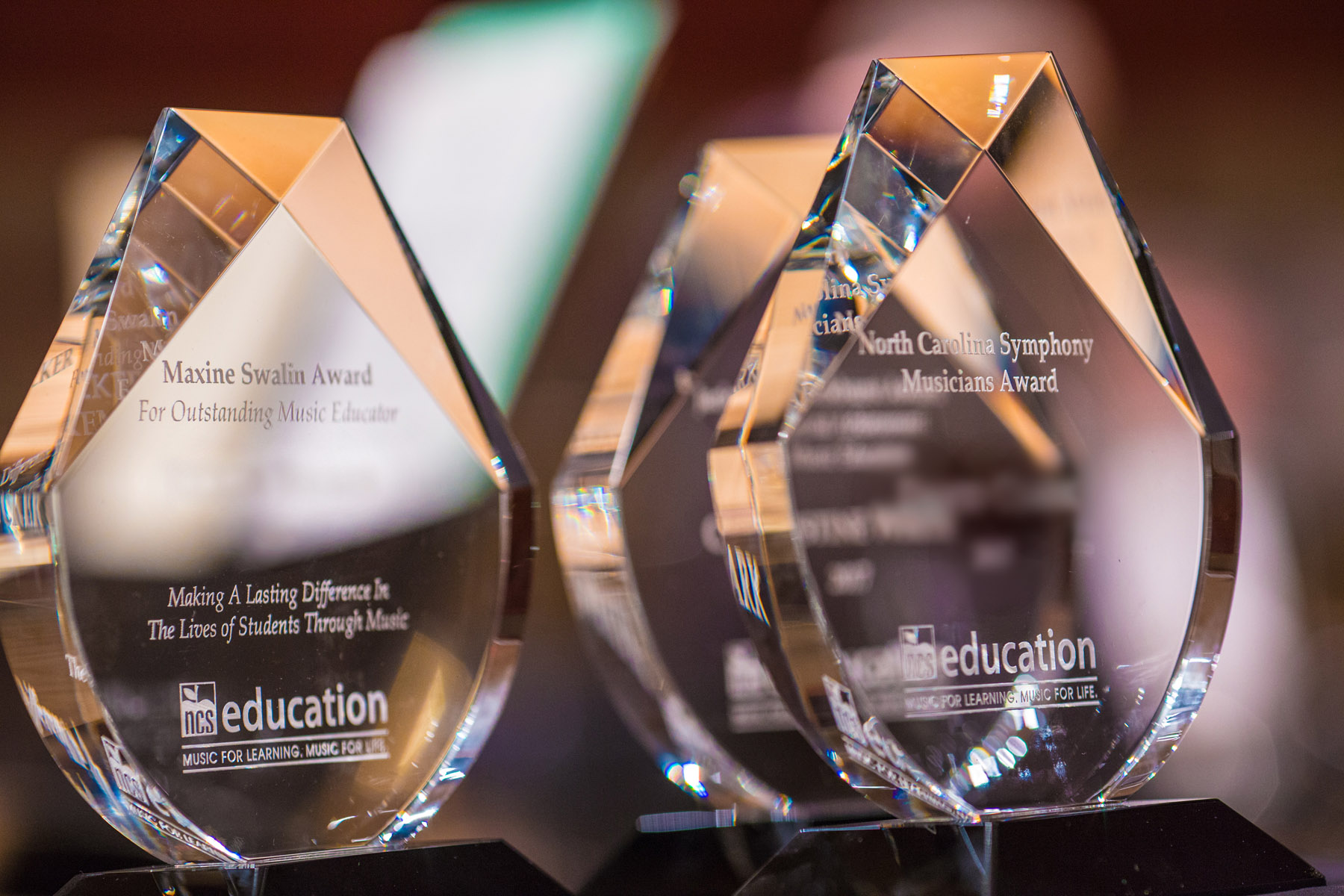 Since our first concert for young people in 1941, the North Carolina Symphony has been committed to educating and inspiring the next generation of musicians and music lovers. Throughout the year, we work hand-in-hand with outstanding music educators who help carry out the Symphony’s programs in their schools and work every day to build their students’ musical skills and appreciation.

The North Carolina Symphony’s annual Music Educator Awards recognize outstanding teachers who make a lasting difference in the lives of students of all abilities and backgrounds; serve the community in an exemplary manner as a role model in music education; inspire students to reach high musical standards; and instill a love for music in children.

Honorees receive monetary awards that are generously supported through an anonymous annual gift.

Deadline to nominate educators for the 2020/21 school year is Thursday, April 1

Know a music educator in your community who should be recognized for their work?

Deadline to nominate educators for the 2020/21 school year is Thursday, April 1

Nominations for can be made now using this form. Nominated teachers will be contacted to provide supporting recommendations from students, colleagues and/or members of the community.

For more information, contact Jason Spencer at jspencer@ncsymphony.org or 919.789.5461.

Know a music educator in your community who should be recognized for their work?

For more information, contact Jason Spencer at jspencer@ncsymphony.org or 919.789.5461. 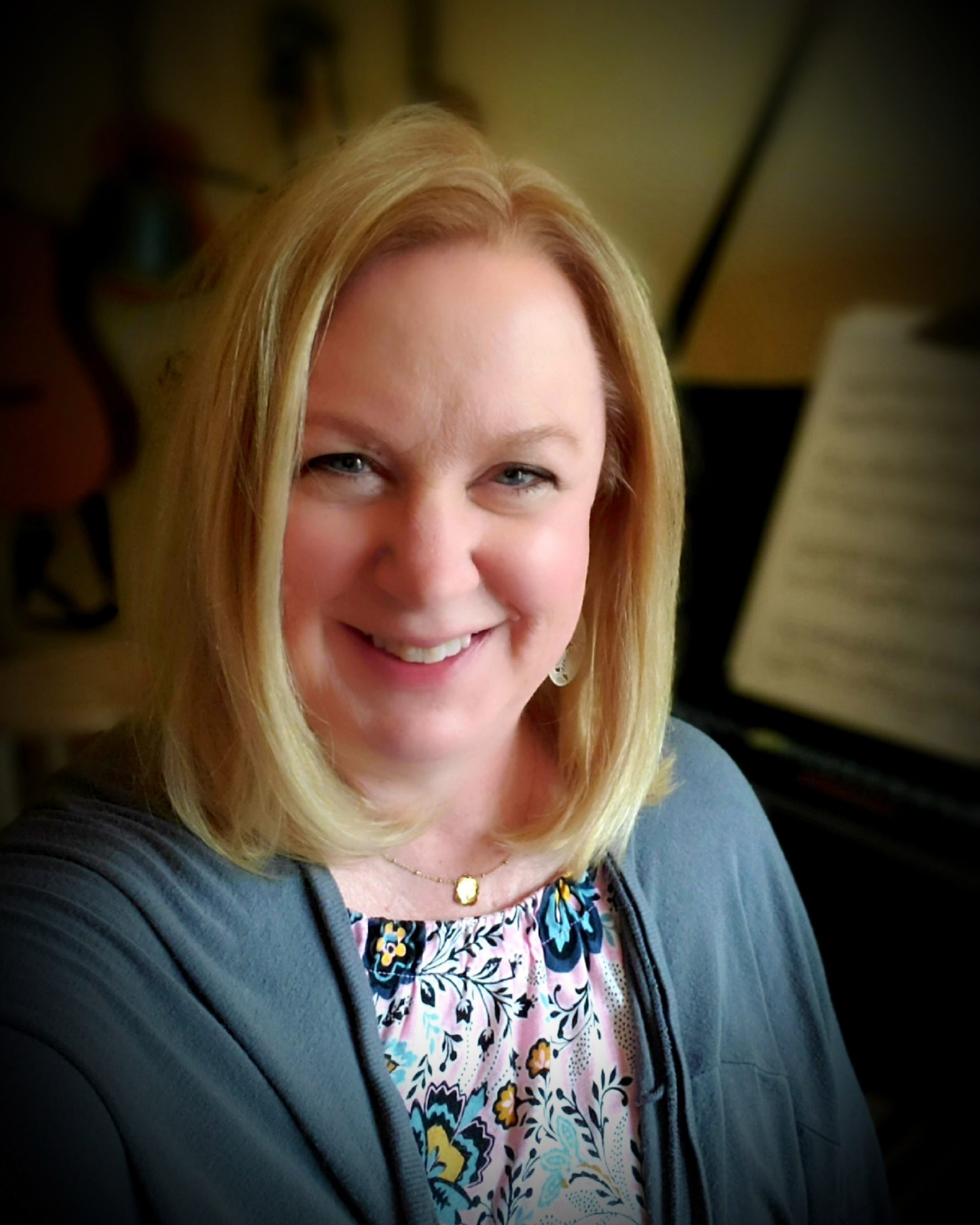 Sara Grant has worked with special needs students in the Cleveland County and Charlotte-Mecklenburg areas of North Carolina since 1988. She has worked with students with significant intellectual and multiple disabilities in a separate school setting at North Shelby School for 29 years. In Charlotte-Mecklenburg she worked in the elementary music classroom for four years and worked throughout her career in private, group, and camp settings with students and adults with autism spectrum disorders, learning disabilities, visual impairments, intellectual disabilities, and mental health challenges. She graduated from UNC-Chapel Hill with a double major in music and psychology and obtained a second bachelor’s degree in music therapy from Queens University in Charlotte. She obtained her teaching license through UNC-Charlotte.

Her passion is not just making music accessible to her students, but helping them learn, grow, strive, and succeed in their school and community. Her music therapy background leads her to view music as a tool to address the unique non-musical challenges that her students endeavor to overcome. Through the years, she has led choral groups, drumming groups, sign language choirs, dance teams, music video production teams, and bell choirs made entirely of special needs students to share their talents at school and community events. Additionally, all her students at North Shelby perform in annual musicals and student showcases which further serve to build community awareness and support. To ensure her students have access to appropriate and accessible instruments for music making, she has written and received over $22,000 in grant funding during her career to purchase adaptable instruments and technology.

In addition to being an educator, Ms. Grant is nationally certified by the Certification Board for Music Therapists (CBMT). She is a member of the American Music Therapy Association, the National Association for Music Education, and the North Carolina Music Educators Association, and is a trained HealthRHYTHMS Group Drumming Facilitator. She resides in Charlotte with her husband and enjoys a busy family life. They have four grown children and seven grandchildren. 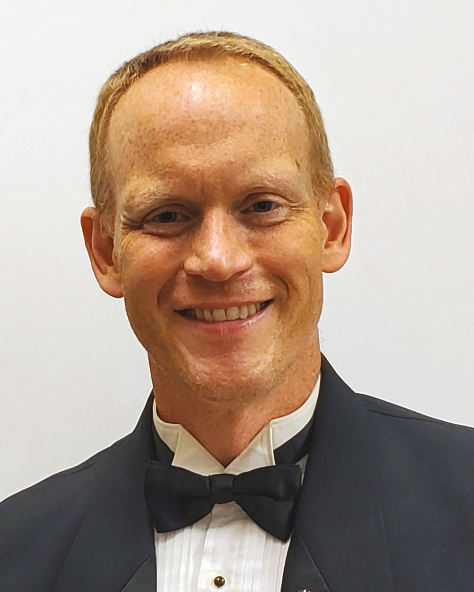 Ryan Ellefsen, a Wisconsin native, is the Director of Bands and Orchestras at East Chapel Hill High School, where he directs two concert bands, two orchestras, and two jazz combos. He is also the advisor for the East Chapel Hill Chamber Society, an extra-curricular group of more than 70 students devoted to the lifelong pursuit of chamber music. In addition, he is the faculty advisor to the Tri-M Honor Society and co-founder of the Music Mentorship Program, which pairs high-school students from across the district with middle-school students to create a bridge from the middle to high school.

In an effort to bring quality music into the canon, Mr. Ellefsen has commissioned works by Shawn Okpebholo, Allison Loggins-Hull, and Brian Balmages, and is a published arranger through the publishing company Alfred Music. He has conducted groups at the North Carolina Music Educators Association’s NCMEA In-Service Clinic and with the UNCG Symphony Orchestra, and has presented at the NCMEA In-service Clinic in 2010, 2017, and 2019. In the fall of 2015, he was elected as North Carolina Eastern Regional Orchestra Director of the Year. 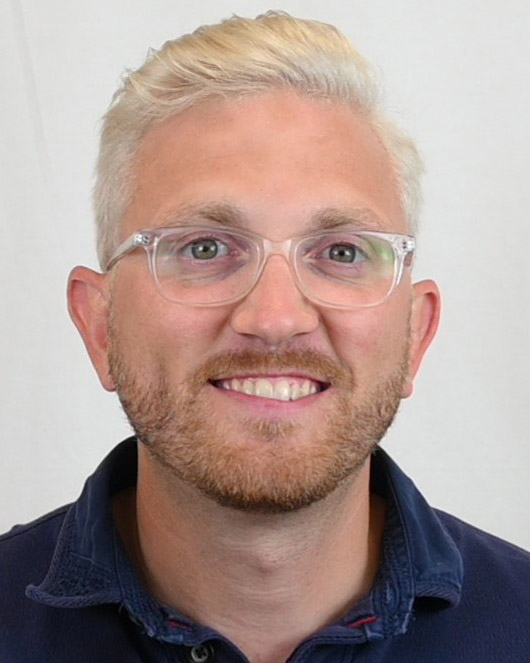 Matthew Cochran, a native of Lancaster, Ohio, is the band director at West Alexander Middle School in Taylorsville, North Carolina. He holds a bachelor’s degree in music education from Lenoir-Rhyne University in Hickory, North Carolina.

Mr. Cochran has taught instrumental music at West Alexander Middle School for nine years. While at West Alexander, his groups have earned multiple superior ratings at the N.C. Music Performance Adjudication (MPA). He started a jazz ensemble class that performs on a regular basis at elementary schools, local festivals, and for the community. Connecting with the school community, he can be seen announcing and playing music at the middle-school softball and baseball games. He has presented sessions on music technology at the N.C. Music Educators’ Association (NCMEA) In-Service Conference, educating and collaborating with music educators across the state. He was chosen to be the clinician for the Catawba County Middle School All-County Band during the fall semester. He collaborates closely with Danielle Stocks, his school’s chorus teacher, to prepare for concerts, school events, and community performances. He directs the Alexander Central High School Jazz Ensemble and collaborates with the Alexander Central High School band director, Patrick Watkins.

Mr. Cochran currently serves on the Education Committee for the Western Piedmont Symphony, advising the symphony on ways to expand music education throughout the region. He has collaborated with the Education Coordinator and was featured on their education series, Symphony Street, as a guest educator, along with the ACHS Jazz Band.

In addition to teaching, Mr. Cochran is an avid saxophonist playing with several jazz orchestras, local theaters, and beach bands. He is currently pursuing National Board Certification. His love for music and teaching came from his middle school band director, Sandy McCoy, in Ohio. He enjoys seeing students succeed and is motivated by their excitement and love for band.