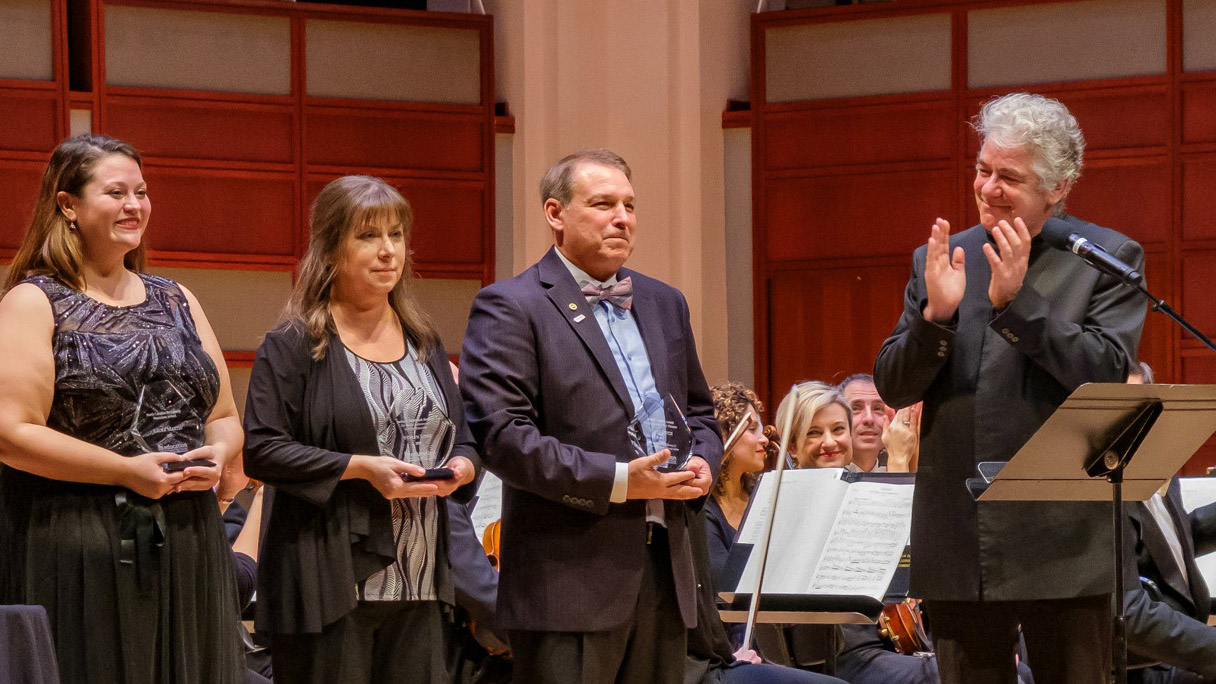 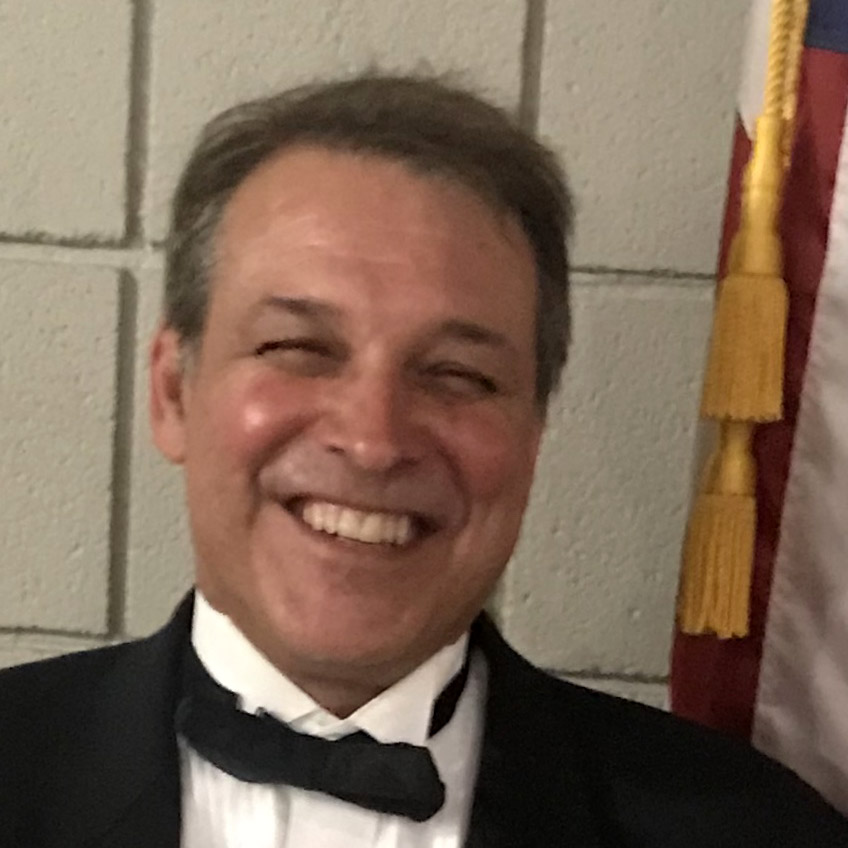 Perry Ditch is the recently retired Director of Bands at White Oak High School (WOHS) in Jacksonville, NC. Mr. Ditch graduated from East Carolina University in 1986 and taught for six years in Brevard, NC. He moved to White Oak High School in 1993, and since then the program has grown from 68 members to 185 members. The bands he has directed have received numerous superior ratings and awards. He has been a guest clinician and adjudicator in Virginia and North Carolina. Mr. Ditch is also the director of all the Academies at White Oak High School. Recently his jazz ensemble was selected to perform in the New York City Jazz Festival.

He is driven by his philosophy that “Music Sounds Like Life Feels.” The sounds that we make can move people to feel the music. It is the journey that the ear takes when listening to the music that keeps the audience captive.

Mr. Ditch has served as a guest clinician and adjudicator in North Carolina and Virginia. He is sought after to deliver professional development in the areas of technology, instructional strategies, developing the individual and ensemble musician, creating a culture that builds programs, and global connections.

In June of 2017, a White Oak High School band performed a concert by Skype for the Cheery Children Education Centre in the Kibera slum in Nairobi, Kenya at Mashimoni. During that session, they realized that the Centre had neither music classes nor instruments, so the Cheery Music Project was created. There are three phases to the project: provide recorders and improve Wi-Fi capabilities for the Centre so WOHS band students can teach them via Skype how to read music; use Nuvo instruments, Ptrumpets, and Pbones to establish an instrumental ensemble; and provide the Cheery students with student model instruments for them to play and form their first concert band.

In August of 2018, Mr. Ditch joined Rotary International, an organization of community leaders that focuses on “Service above Self.” He is very active in the organization and currently working on an international grant. He is a member of Catalyst Church and is on the Serve Team focusing on the setup of the church each Sunday.

His greatest achievement is being the proud father to his son Jacob Perry Ditch. 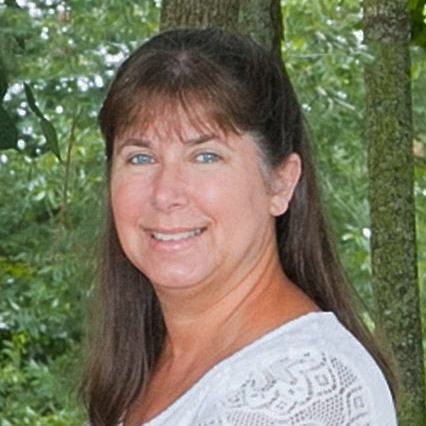 Vevlyn Lowe, currently in her 24th year of teaching, is the band director at Sampson Middle School in Clinton, NC. She is a graduate of East Carolina University, where she earned a bachelor’s degree in music education and certification in school administration. Mrs. Lowe received her master’s degree in music education and piano pedagogy from Florida State University. She is also certified in academically gifted education.

Mrs. Lowe maintains an active band program of more than 200 students. Her bands consistently receive superior ratings at the annual North Carolina Music Performance Adjudication and several of her students participate in district- and state-level honors band programs each year. Her band program commissioned a new work, Night of the Dark Horse by composer Mike Oare, in 2016. This piece was recently added to the North Carolina Music Performance Adjudication list. She was the 2012/13 Clinton City Schools Teacher of the Year and is a two-time recipient of the Sampson Middle School Teacher of the Year award.

She is married to John Lowe, Director of Technology for Clinton City Schools. They have two sons: Carter, 18 and Jackson, 13. Mrs. Lowe’s philosophy of teaching is that hard work and perseverance can overtake and surpass innate ability almost every time. 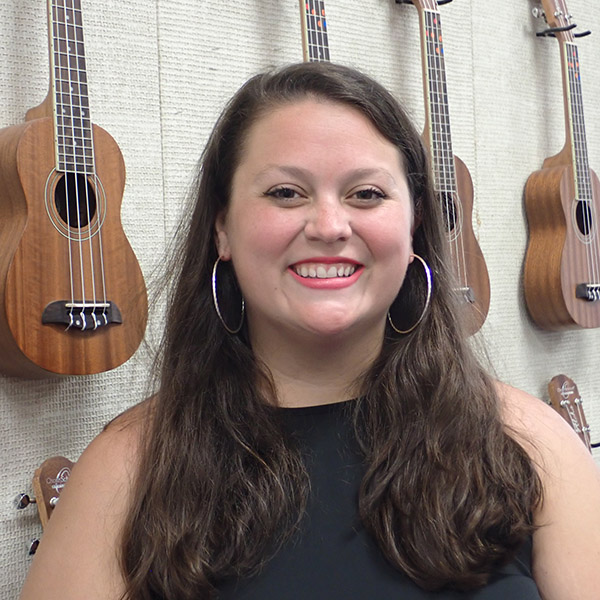 Ms. Martin is a product of the Wake County Public School System and credits her passion for music to her own teachers: Kathryn Caves (retired middle school band director), Robin Gorham and Matt Edwards (current middle and high school band directors), Ruth McCoy (retired high school choral director), and Stephanie Linville (current middle school band director). During her time in the Wake County Public School System she has participated in the North Carolina Symphony Education Workshop by writing lessons and teaching at two workshops. She has also been co-chair of the WCPSS All-County Elementary Honors Chorus for two years. Her ensemble chorus has been a finalist in the Mix 101.5 Christmas Choir Competition four separate years and has taken second place once and first place twice. For the past three years, her ensemble chorus has participated in the Raleigh Fine Arts Society Choral Celebration and received glowing reviews due to the hard work and dedication shown by her students. During the most recent Choral Celebration, Ms. Martin was asked to be a guest conductor for one song with over 400 children performing.

Her students love to share their joy of song locally by singing the national anthem for baseball games, singing at nearby assisted-living facilities, and performing at the local farmers’ market. Very often you can catch Ms. Martin at sporting events, performances, and recitals featuring her students. Although she teaches almost 900 children, she strives to make each child feel celebrated and unique.

She hopes to continue to inspire future generations to continue their music education and ignite their own passion for learning music. “Legacy, what is a legacy? It’s planting seeds in a garden you never get to see.” – Lin Manuel-Miranda, Hamilton