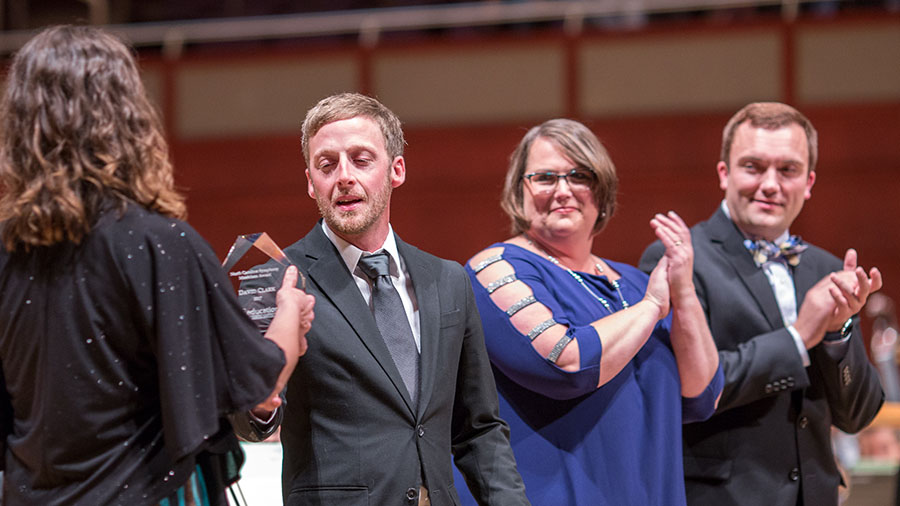 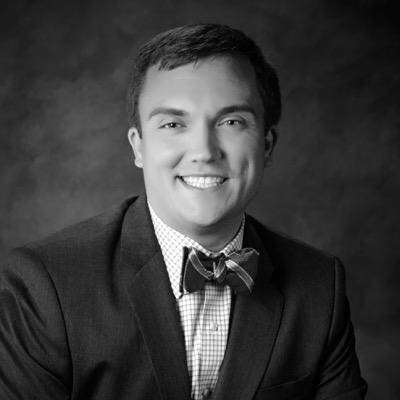 Jeremy Tucker is Artistic Director for the Raleigh Boychoir and the Music and Theatre Arts Education Consultant at the North Carolina Department of Public Instruction. In addition, he currently serves as the Boychoir Repertoire and Resource Chair for the North Carolina American Choral Directors Association.

A native of North Carolina, Mr. Tucker holds bachelor’s and master’s degrees in music education and a degree in drama from the University of North Carolina at Greensboro. After returning from the National Broadway tour of Oliver! The Musical, in which he served as Assistant Musical Director, Mr. Tucker taught elementary music for seven years in Wilson County. He is a Nationally Board-Certified Teacher in music education.

In December 2014, he was named a 2015 North Carolina Schools Regional Teacher of the Year. From 2010 to 2017, he served as Choral Director at Hunt High School in Wilson and Green Hope High School in Cary. Mr. Tucker has worked in New York as Music Director for the nation’s leading performing arts training center for Broadway-bound high school students, Stagedoor Manor, for their workshop production of Avenue Q. He remains active in community theater; to-date, he has been music director for 22 shows. He is not only in demand as a musical director, but also travels the Eastern U.S. serving as a guest conductor for honors chorus festivals.

Mr. Tucker will continue to serve as Artistic Director for the Raleigh Boychoir as they celebrate their 50th anniversary during the 2017-2018 season! He has conducted the group across Ireland, at Carnegie Hall, and in our nation’s capital. During this commemorative year, the Raleigh Boychoir will collaborate with North Carolina State University, the American Boychoir, Duke University Chapel Choir, the North Carolina Symphony, and Carolina Ballet. Mr. Tucker prides himself in being involved in an organization that gives any boy of any age a chance to share his voice! 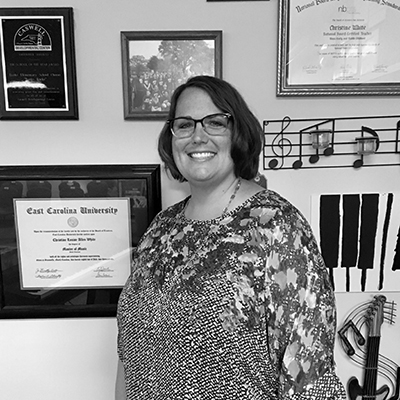 Christine Allen White has served as the music teacher at Banks Elementary School in Kinston, North Carolina, for the past 21 years. In addition to this position, she is the Fine Arts Lead Teacher for Lenoir County Public Schools. During her time with the school system, she has chaired committees for both the STAGES! Lenoir County Performing Arts Showcase and the Lenoir County All-County Chorus. Mrs. White is chair of the School Improvement Team and is a member of the Digital Learning Team.

Through her efforts, the music program at Banks has been the recipient of grants from the Lenoir County Education Foundation, Bright Ideas, and the i21 iPad program. She has twice been named the Banks Elementary School Teacher of the Year. Mrs. White has served as both a district representative and as Treasurer in the North Carolina Music Educators’ Association Elementary Section. In 2012, she co-authored a portion of the North Carolina Symphony’s Education Concert Teacher’s Handbook. She is an alumna member of the Sigma Alpha Iota International Music Fraternity. 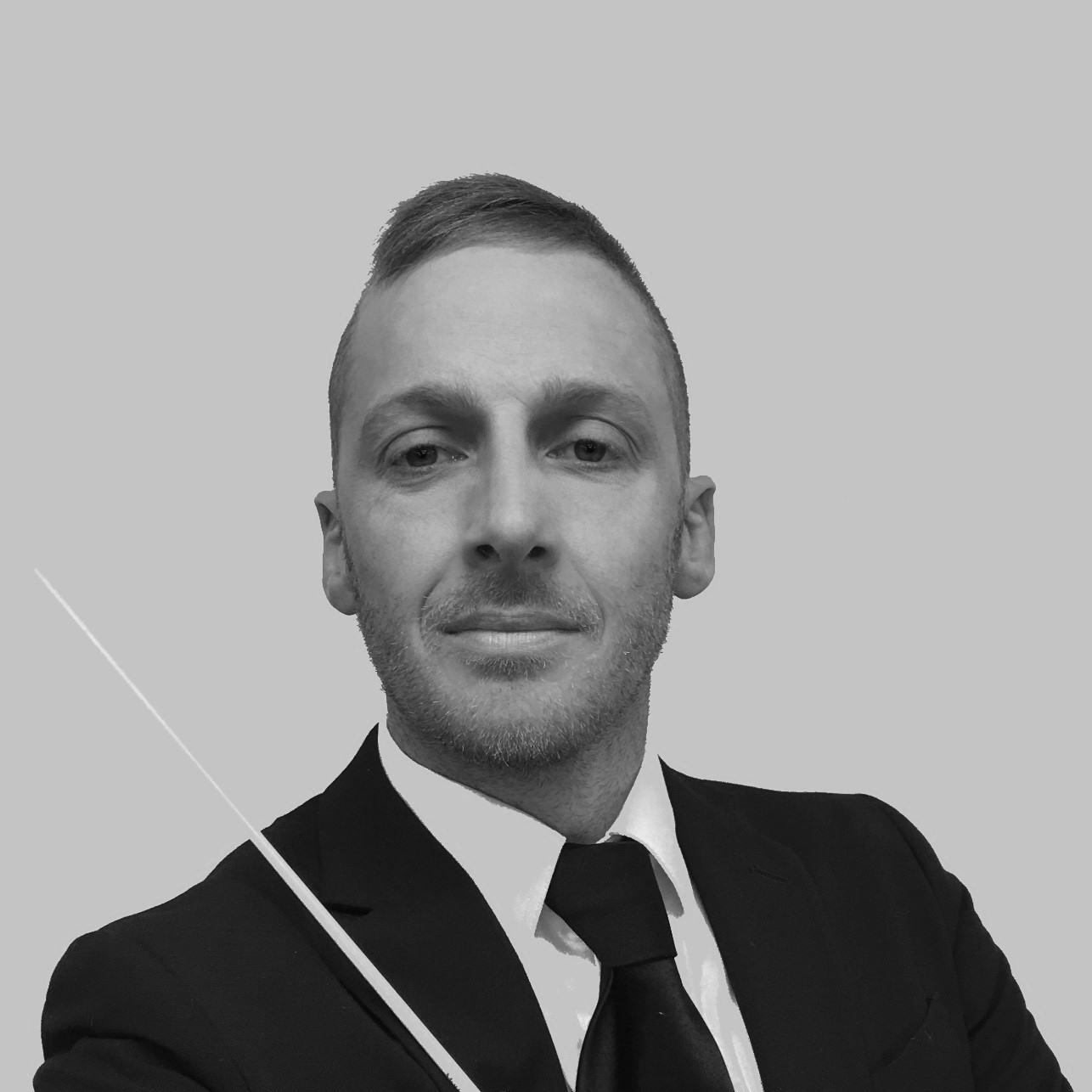 David Clark, a native of Silk Hope, North Carolina, currently teaches music and band at Bonlee School in Bear Creek and is the school’s 2016/17 Teacher of the Year. David began his musical training playing trumpet in sixth grade band, and attributes his love of music to his elementary music teacher and middle school band director. He studied at Appalachian State University, East Carolina University, and University of North Carolina at Greensboro, graduating from UNCG in 2009 with degrees in voice and psychology with a concentration in social studies education. In 2012, he received a master’s degree in education from North Carolina A&T State University.

At Bonlee School, David teaches general music to kindergarten through fifth grades; and band, chorus, and music appreciation at the middle school level. Since joining the faculty, Bonlee music students have achieved a number of “first-for-the-school” accomplishments, including selections to All-County and All-District Bands, selections to UNCG Summer Music Camp, recipients of solos at All-County Chorus, and scores of Excellent and Superior at Solo and Small Ensemble Band Festival in the competitive Central District. Recently, David was awarded the Chatham County Schools Innovation in the Arts grant, enabling him to purchase a classroom set of keyboards for class piano. In addition to music, he has taught courses in project-based learning and yearbook design, created and produced a student-hosted morning news program, coached baseball and softball, and chaired the School Improvement and Leadership committees.

David maintains an active performance life and is currently a section leader for the choir of Ebenezer Lutheran Church in Greensboro. He is a member of the National Association for Music Education and the North Carolina Music Educators Association.